Last week on holiday in I watched salmon jumping up rapids on the beautiful and fast flowing river . My wife and I had rented a cottage and visited the area to see old friends. The friend standing next to me on the riverside is a Doctor of Geology and works in the oil industry and I am vicariously proud of his achievements. I listened in admiration as he pointed out the different rock types to his young sons.  While my friend went on to great academic heights, for reasons of teenage rebellion and inattention as much as inability I failed my Geography exams. 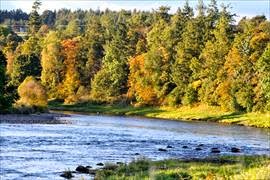 The experience of standing by the river and walking the wild country glens rekindled my dormant memories of school geography lessons. We were close to the River Esk and I recalled the term “Eskers” with affection. As we walked along glaciated landscapes scoured into U's by the ice we stepped across a “Moraine” on the map and I recognised “Truncated Spurs” and “”.

It is funny what comes back to you from school. As we walked on another forgotten lesson came into my mind about “Oxbow Lakes”. Later recovering from our exertions in an old  pub over a ‘round the regions’ whisky tasting platter I developed my concept about meandering rivers and their relevance to the modern age of publishing.

In a definition pulled from the recesses of my memory, Oxbow lakes are formed over time when a river meanders around its valley and forms a loop. The slow flowing river deposits silt and debris and faster flowing winter flood water erodes away at banks making the meandering loop more pronounced. Eventually the entrance to the loop becomes tighter and as the silt and debris builds up the river becomes backed up and forces through a new channel. This leaves the former meander cut off from the main river current and forms a lake looking like the loop of a ribbon bow or an ox’s hoof. The straighter river then rushes past at a faster pace on its way to the sea. The Oxbow lake forms its own ecosystem separate to the river. It either finds a new water source or it dries up and disappears.

As we savoured the whisky fumes I hypothesised about the state of the popular publishing industry.

The source in the mountains was the ancient history of Caxton’s printing press and the novels such as Robinson Crusoe and Moll Flanders became a babbling brook. Heading down as the water of the upper stages of the river were the works of Jane Austen, Charles Dickens and Mark Twain and down to the broader waters of Agatha Christie and John Buchan. As we reach the mature river further downstream the flow becomes ponderous with slow loops making navigation difficult.

Then the internet comes along and with each modern book published traditionally or by independents the raindrops build up at the head of the river and insist on finding their way down to the sea of readers at the rivers estuary. The skies darken and the weight of new content makes its way down to the meandering loops.

As in nature, pressure builds up behind a constriction or blockage in the flow and the waters/words find their way down to the sea by the easiest route.  It pushes through the neck of the loop on its way to the readers. The loop becomes an oxbow lake of silted up ideas, viewpoints and traditions.

Riverside dwellers are now faced with stagnant water and insist that their waterfront views should stay the same. They stamp their feet in anger at the clever engineers who insist that they can not re-route the flow as the river of words has moved on. The canny ones have planned for this. They are prepared when they need to move and are ready to take advantage of their new location on the revitalised publishing landscape. 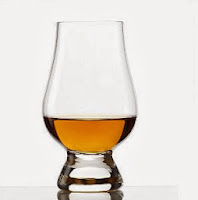 My Geologist friend took another sip of his whisky and concurred that is indeed how oxbow lakes are formed although he was not sure about the world of publishing and we laughed about our Geography teachers. After the hangover cleared I carried on with my writing hoping to add another raindrop of content to the flow of published work.

As the content flows by there will be oxbow lakes created from entrenched positions on all sides of the future of publishing debate but the content of words being added to the flow will not cease to find their way to the readers. The distribution channels might change but books are here to stay. Slainte!